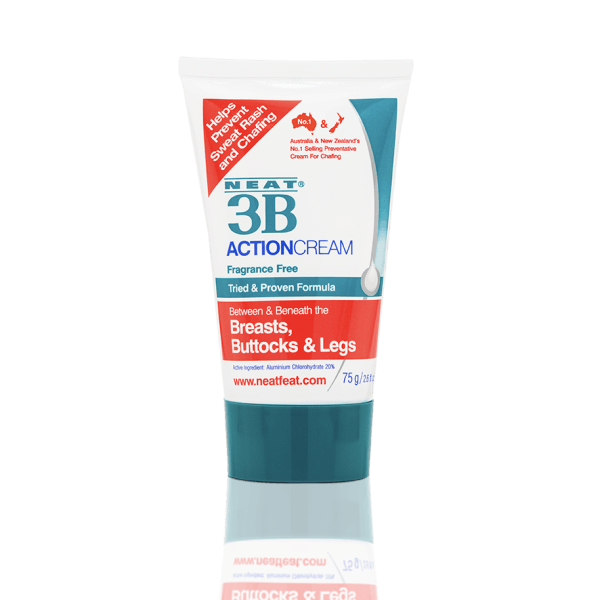 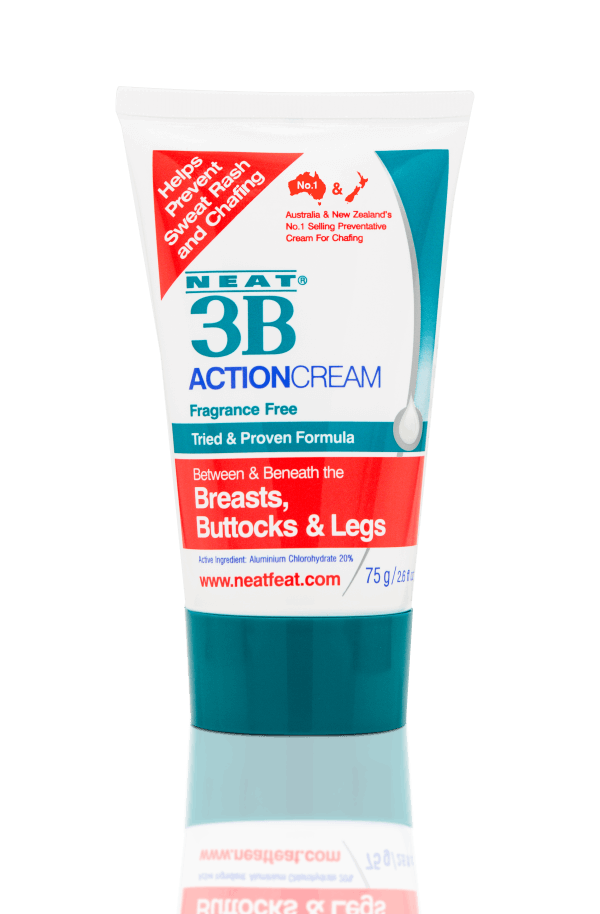 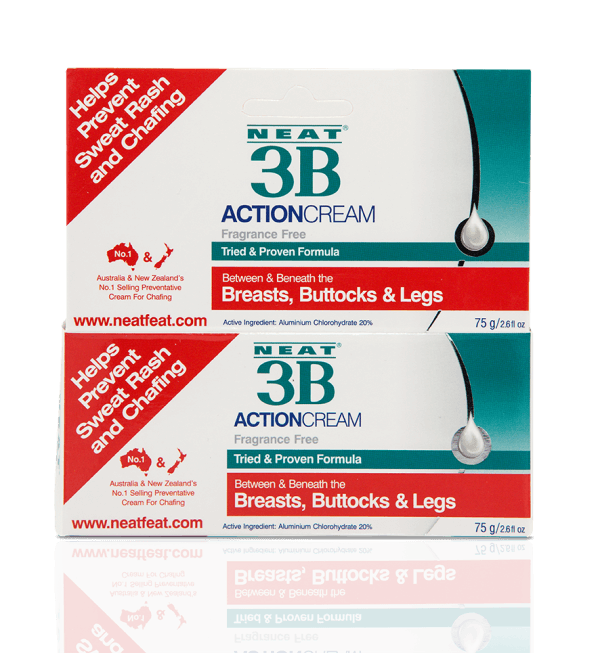 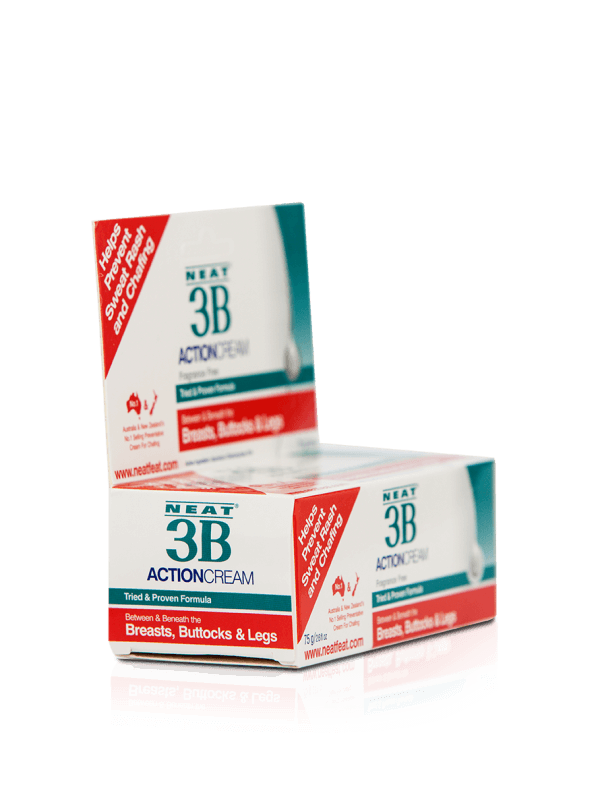 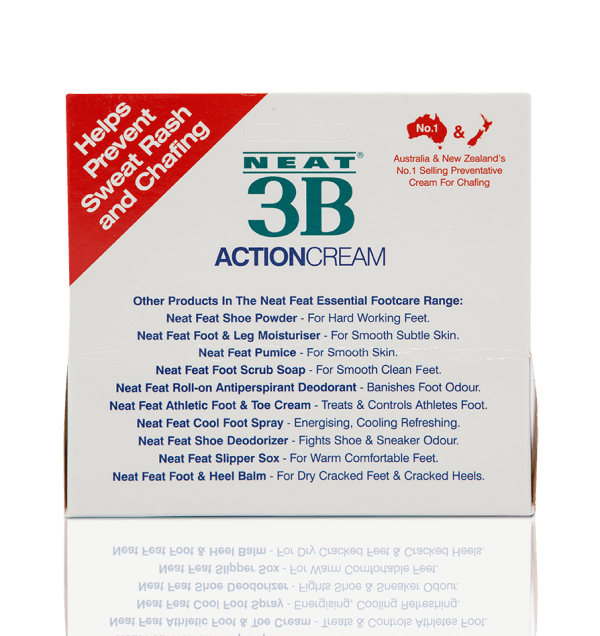 Neat 3B Action Cream incorporates an effective antiperspirant in an emollient, soothing cream base for application to areas where skin surfaces rub together and become inflamed.

The world’s first Action Cream. A simple, safe and effective solution to the problem of sweat rash and chafing.
Neat Feat 3B Action Cream incorporates an effective antiperspirant in an emollient, soothing cream base for application to areas where skin surfaces rub together and become inflamed.
The underlying problem in these situations is perspiration and the resultant chafing between skin surfaces: sites at which this occurs are between the buttocks, between the legs and beneath the breasts (hence 3B).
The product may also help to prevent fungal infections such as tinea and intertrigo which tend to occur in these warm, moist areas of the body.
These problems are common amongst people who are active and who participate in sporting activities. Chafing and associated friction problems may also occur in people who carry extra weight.
Developed by the same doctors who introduced Neat Feat Roll-on, the world’s first roll-on antiperspirant deodorant for feet, Neat Feat 3B Action Cream has quickly been adopted by sports people and by people living in the warm climate areas of the world.

Neat Feat 3B should be applied to clean, dry skin once or twice daily, depending on individual requirements. The active antiperspirant reduces the amount of sweat produced and the emollient, lubricating cream base prevents friction and chafing.

There are no reviews yet.

Only logged in customers who have purchased this product may leave a review.